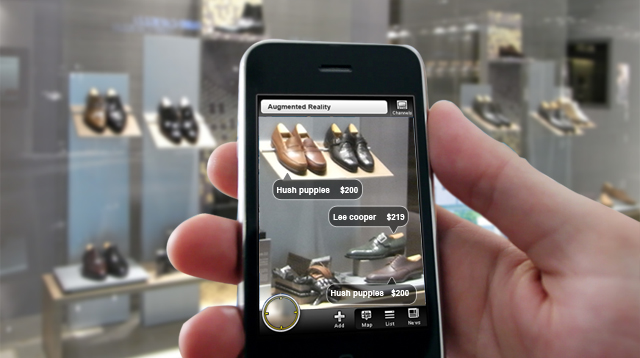 Augmented Reality or AR is the process adding a digital layer over our real world environment with the hopes of adding value to the experience. During my journey researching some AR projects, I was impacted by two very different areas of exploration.

The first included multiple stores and experiments demonstrated on the Augmented Reality Overview blog. The site included many user-generated videos that demonstrate some of the amazing technology that is emerging in the field of AR. The videos demonstrated uses that could provide value in the real world and change our lives for the better. One example of this was a medical AR application that allowed doctors and medical staff to scan a patient with the phone app and be provided real-time access to their medical records such as x-rays and other pertinent information.

The developers explained the technology this way:

It was mind blowing to see this high-level technology being enacted in what looked like a college dorm room. The juxtaposition of this futuristic technology alongside an average looking apartment reminded me of how NEW this technology is and how we’re all in the nascent stages of something very powerful.

These humble videos describing home spun AR projects lay alongside polished campaigns by entrepreneurs like Vivian Rosenthal. Rosenthal has started a company called GoldRun, now called ‘Snaps’, that produces AR campaigns for big brands like Target and AT&T. She is positioned as a thought-leader and innovator in the AR space and had this to say on the future of AR in a recent interview (Rosenthal, V. 2015):

In the past it has been pretty gimmicky. It has been tied to a webcam and we’ve all seen some of the webcam AR. And some of its kinda cool but ultimately it’s gimmicky because you have this piece of paper and you’re awkwardly moving it around. I thought there was this opportunity to when GPS was unhinge those physical restraints and tied to AR. You have AR, GPS and your smartphone that you could literally invert how AR was used and think of your city as the chess board and you’re the chess piece. Different physical locations become hot zones and your this game piece and you’re walking through a hot zone you have the ability to see these virtual objects. 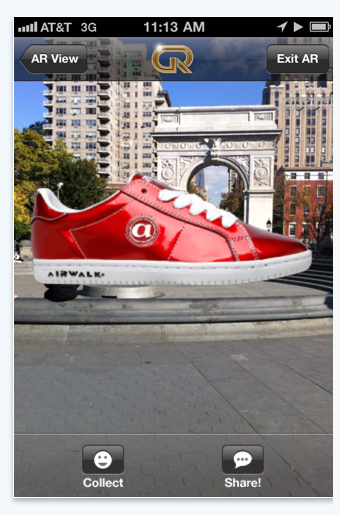 Rosenthal has crafted some innovative marketing campaigns, coining what she calls ‘v-commerce’. She believes that brands need to create off-line experiences, targeting consumers using their smartphones. In a recent example, she worked on a campaign that created pop-up virtual stores in various locations in urban centers. The stores could only be ‘seen’ using the smartphone AR app, where consumers could then click on the product and order it online. The campaign boasted amazing results with the product selling out during the virtual flash sale.

I am both mesmerized by Rosenthal and also a bit put off. I would LOVE to see someone with her talent working to use AR for something OTHER than selling sneakers. She briefly discusses extending the GPS AR technology beyond marketing but has no real-world examples of what this might look like.

Have we arrived at a place where EVERYTHING has to be branded? Are brands so deeply embedded in our identities that in order to make sense of the world around us we NEED to connect with brands? Part of me feels like this choice between the user-generated AR applications and branded AR experiences is being made for us. As marketing teams continue to co-opt technologies such as AR, brands and corporations will continue to tighten their grip on our identities. Digital media and AR have given anyone with big pockets access to our lives through what is quickly becoming a digital version of the self: the smartphone.