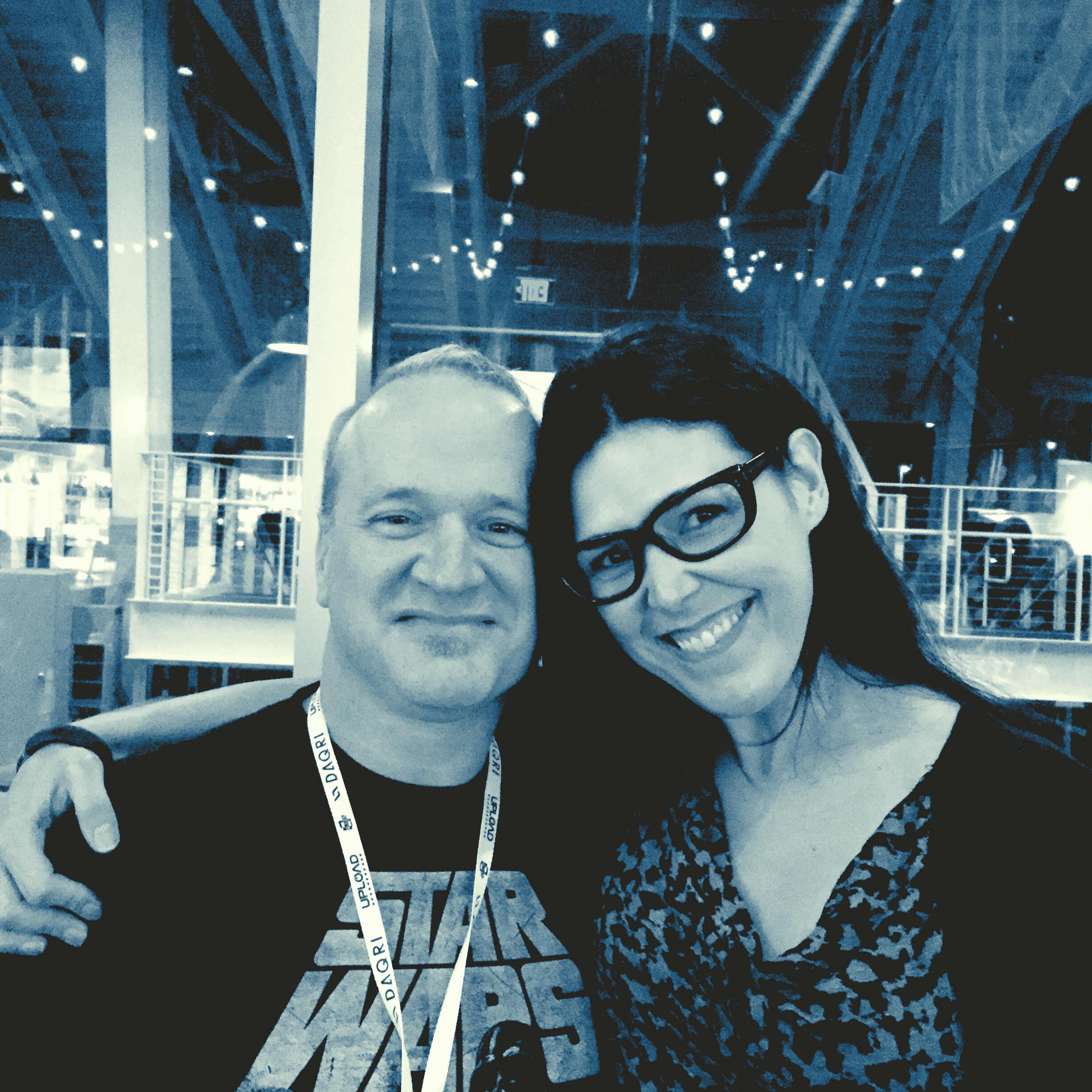 Flying into San Jose EARLY Monday morning, I was filled with excitement. What cutting-edge technologies would I discover? Who would I meet that was doing cool immersive stuff? What virtual reality and augmented reality gear would I get to TRY out?

Day 1 of the conference was a mixed bag of highs and lows. Unfortunately due to high demand,  many of the sessions I wanted to attend were standing room only in a HOT room.   After about the third try, I gave up attempting to see and hear over the crowd and just hoped they would release the session ‘on-demand’. The one session I WAS able to attend was a GREAT demo of Unity3D, a development tool that is quickly becoming the industry standard. It boasts several key features that make it the ‘go-to’ choice for many developers and designers. It supports all of the major devices like the Oculus Rift, Hololens and Leap Motion. It also allows developers to publish their work on the web or in an Android or iOS environment, apparently with the click of a button. You would think all of this functionality wouldn’t come cheap, but they have packages starting at under $100 per month. Unity3D also has a resource library of plug and play 3D components for sale by other designers. Apparently skilled designers are making upwards of $90K per month selling their 3D creations.

By far the most compelling part of the day was the NETWORKING and getting into countless inspiring discussions around the potential of these immersive technologies. Everyone that I met was eager to jump into a conversation about how they planned to use the technology to make the world better. Because I’m a teacher, I tend to see the most potential on using AR and VR to help engage students and improve learning outcomes. There are a myriad of other case uses that might be more surprising. One session entitled ‘How to measure enterprise AR impacts’ outlined how Boeing was able to save millions by using augmented reality to help them build airplane wings more efficiently. Amazing!

During my lunch break, I happened to sit next to one of the conference speakers and found of design lab, Kubrickology. Bob van Luijt had just flown in from Amsterdam and was complaining of jet lag. He was gracious enough to allow me to film him while asking a few questions about his latest project.

The day concluded with a lively dinner among my colleagues and professors from Fielding’s Media Psychology department. I was fortunate enough to sit by the department chair, who was full of great stories. I met many of my professors face to face for the first time, including my current prof, Sean Thoennes, who is teaching me all about data visualization. 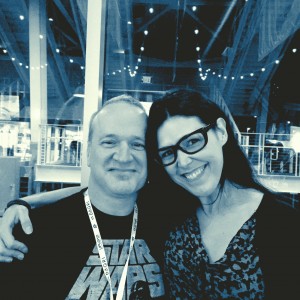 The table was also lucky enough to get a demo of the Wiglets, an augmented reality digital life form that has unique genetic code and can LEARN from the environment. Wiggle Planet has developed several apps, books and even T-shirts that feature these adorable little creatures. You can see them in action on their YouTube channel.

The sunny, 90 degree day wound down with a nightcap, poolside (of course), discussing the endless possibilities that await us over the next few years. With major players, like Apple and Facebook, getting in the game the landscape will undoubtedly change dramatically. One major obstacle at this point is that in order to experience most AR technologies, the user needs to download a stand-alone app. Whether it’s an app totally dedicated to ONE AR project, like the app for the Wiglets, or an app that can handle many different AR experiences like Shazam or HP’s Aurasma.

Looking up into the sky, after SUCH an inspiring day, we realized that eventually a standardized AR ‘reader’ could be built directly into smartphone cameras. SO what does that mean? It means that anyone who was using their phone to take a photo could be subject to seeing something EXTRAORDINARY through their viewfinder. Brands and companies could create interactive digital content and tag it to a physical location that could then be ‘seen’ by anyone looking through their camera viewfinder. It WILL change the way we see and interact with the world.