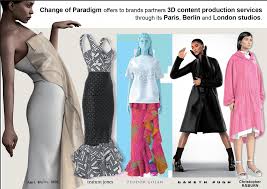 It’s your typical overcast Saturday in downtown Portland, Oregon, and I’m heading out to the park to walk my dog, Betty. What I find this particular evening is anything but typical as instead of a few homeless guys sleeping on benches and fellow dog walkers, I encounter hundreds of people of all ages walking through the south park blocks. Their excitement was infectious, and I was delighted to see so many Portlander’s enjoying one of the cities most prized resources. But what made this Saturday different from every other and why had this happy mob descended on my neighborhood?

As I took a closer look, I noticed that everyone was engaging with their phones, some even had two, three, up to four different phones. I had to learn more about what was going on and if my suspicions were true that this was some sort of online community. My thoughts immediately went to Pokémon Go, but wasn’t that a thing of the past and had that game appealed to such a cross-section of the population? There were families, young children, groups of teens, adults – some solo but the majority were traveling in packs. I stopped one group who were kind enough to answer my newbie questions and learned this was indeed a Pokémon Go Community Day. A special global event that features rare Pokémon and other in-game goodies during a dedicated window of time. According to Wikipedia, Pokémon Go has accrued over a billion downloads worldwide and has 147 million monthly active users.

So how does this story relate to immersive retail and fashion? Good question! Love or hate Pokémon Go, there’s no denying that it is the most broadly used immersive app to date. The secret sauce its creator, Niantic, has cooked up is chock full of lessons for all of us looking to leverage immersive technologies to build brand experiences and ultimately sell more stuff. Let’s dive a bit deeper into how brand marketers can build effective fashion and retail experiences using immersive technology.

1. It needs to be social

The most successful digital disruptors over the last few years have one thing in common, they build social into their DNA. Recent examples include Pokémon Go and Peloton,  who has grown a $4 billion dollar business by replicating the community of an actual fitness class at home.  A great example of this within the fashion industry is China’s Tmall. This shopping app has leveraged immersive technology to provide their online audiences access to VIP events such as the hugely popular “See Now, Buy Now” event last year.

This “retail-as-entertainment” event is part of Alibaba’s Singles Day shopping event and featured big-name designers, celebrities, musical productions and much more all filmed live in front of a select VIP audience. The live-stream was broadcast across both immersive and 2D channels to over 57 million viewers and included a streamlined ‘see now, buy now’ app that allowed viewers to buy the products they saw on the runway instantly. The show also offered a “Play Now” feature that allowed the viewers to rank the outfits in real-time, creating an instant trend report and sending feedback to the designers. According to Sean Lane, immersive retail specialist and Technology Principal at digital studio Point B, the Singles Day event “had over 8 million users make purchases using their VR headsets. They have also been very successful with Tmall VR experiences with users watching fashion shows on the runway and leveraging the ‘purchase now’ feature.”

2. Provide value to the customer

What differentiates a good immersive experience from another is the value it offers to the user. To pay off the hassle of either strapping on a VR headset or downloading an AR app, the user must gain substantial value from the result. There are several ways that innovative brands are both meeting their business objectives while meeting the needs of customers. Immersive technology is an amazing way to take users to places they otherwise wouldn’t be able to go. Providing customers something they want and can’t get anywhere else is a good formula for success. One B2B fashion app based in Paris, Change of Paradigm, offers designers and brands the ability to do just that. Their high-quality, 3D models of luxury brand apparel are the best I’ve seen. If I were a clothing designer, I would want its Paris studio director, Franck Audrain, to create the digital version. A fashion designer in his own right, Audrain has spent years in the technology industry and meticulously mimics the most complicated garments in 3D. His team can create a hyper-realistic version of an already exiting garment or build a digital proto-type of a garment that only exists in the imagination of its designer.

The company has a proprietary technology that digitally duplicates each fabric to realistically depict how the garment will flow when moving through space. This attention to detail and the fact that they can output the 3D assets across multiple channels such as web, VR and mobile AR make their offering compelling to luxury brands.

They are working on a virtual try-on experience that will rival anything we’ve seen to date but this is still several years away. According to founder Henri Mura, “currently effective immersive experiences for trying on apparel is limited to jewelry, accessories and footwear. For clothing, if you want to go beyond a simple 2D overlay, you really need to understand how the material will fit a customer’s unique shape in 3D and then represent that in the immersive environment. We’re working on a solution, but it has to be perfect to provide true value.”

Other ways brands can provide value to shoppers can include something as simple as easing friction along the path to purchase, such as the ‘See Now, Buy Now’ feature in the Tmall VR shopping app or creating a memorable experience. Macy’s successfully used virtual reality to allow Chinese shoppers the rare opportunity to visit their flagship store in New York without having to leave China. Ensuring that the immersive journey is as intuitive and seamless as possible is an important part of the recipe for success. Many U.S. brands are still struggling on that front as immersive experiences often require unique downloads and a series of user actions before accessing the experience. Puma’s recent launch of an AR shoe is an example where the user needs to download a stand-alone app that can recognize the shoe to use special decorative filters similar to SnapChat’s lens feature. I’m not so sure I would find that valuable.

3. Leverage the right immersive technology for the job

Before building any immersive experience, it’s essential to understand your objectives, your audience and the technologies at your disposal for bringing your vision to life. There are still quite a few challenges to consider when building an immersive experience and striking the right balance between quality and scale is essential. Are you trying to reach a high-stakes, niche audience like the 1% who can afford luxury items or anyone who has access to a smartphone? Is your marketing objective strictly to sell more product or are you looking to build a connection with your audience? These types of questions need to be clearly defined before getting started so that you can determine the best flavor of immersive – Augmented Reality, Virtual Reality or Mixed Reality – for the job.

There have been several AR, retail experiences that have been dumbed-down for mobile to scale with not so great results leading to posts like this one dismissing the value of immersive retail technology.

Immersive retail specialist, Sean Lane, breaks it down this way: “I think latency, ease of use and accessibility are still impeding factors to adoption. I have seen Virtual Reality gain limited adoption inside brands, mostly for HR onboarding, marketing and training. I have built a few pilots testing VR internally for training, planning, global development and the like. While the experiences are good, they are not good enough. Many people still get motion sickness and the graphics are not realistic enough. Interoperability with other platforms is not seamless. However, I still believe there are times when VR is the right tool for the job. When you want to have complete control over an experience and direct the process, then VR enables a brand to do that. I think that Augmented Reality and Mixed Reality have a greater chance of widespread adoption in enterprise and retail.”

There are several resources available for fashion brands looking to leverage immersive technology. Hiring a specialist or creative agency to build a strategy isn’t always an option but a great first step if the budget is available. Other less costly resources include publications like Medium, which hosts a community of immersive professionals sharing insights, and marketing sites like MarketingLand.com. One specific community of brands looking to solve some of the issues surrounding 3D technologies for apparel and footwear is the 3DRC (3D Retail Coalition), which is made up of brands, technologists and educators.

The best and most important advice I can you leave you with comes from Lane, who wisely proclaims: “The biggest win for any of these technologies is to ensure the use is authentic to your brand and not forced. When immersive is used to create real experiences that enhance consumer interaction with your brand or to build brand loyalty or connection, THIS will lead to better results.”