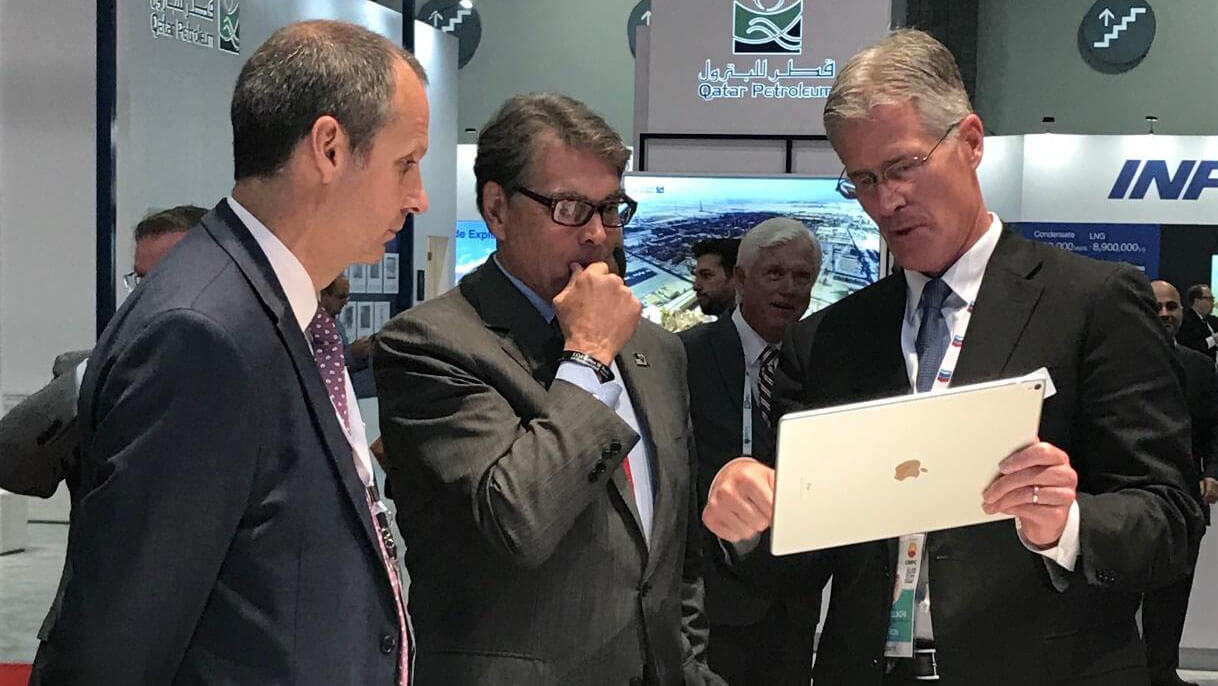 Frozen in place, alert and quietly breathing the eight-foot Perentie lizard sizes me up. The only discernible movement is an opaque eyelid gliding over a dark reptilian gaze. I don’t THINK it will eat me for breakfast. Suddenly it’s long, forked tongue darts out into the air just barely missing my nose, as the lizard loses interest and looks for his breakfast elsewhere. The Perentie is one of the largest lizards in the world and can only be found on a remote Island, off the Pilbara coast of Western Australia.

However, instead of requiring the 20-hour flight from the US, I was able to experience this beautiful creature in my own backyard with the help of augmented reality.

The Perentie lizard along with two other rare and wondrous creatures, the Euro or Wallaroo and the Flatback Turtle, was part of Chevron’s latest immersive augmented reality experience that launched at the 27th World Gas Conference in Washington, D.C. The goal was to share details on Chevron’s Gorgon Project, a new and technologically-advanced liquefied natural gas (LNG) plant located on Barrow Island, a Class A Nature Reserve. According to Tina Robison, Senior Advisor for Policy, Government and Public Affairs at Chevron, the biggest reason they decided to use AR was to make the impossible possible. “There will never be an opportunity to bring people to Barrow Island and show them what we do there or the priority we place on protecting this nature reserve. So we brought Barrow Island to D.C.”

For full story go to https://marketingland.com/chevron-storytelling-uses-purposeful-immersive-experiences-to-engage-stakeholders.